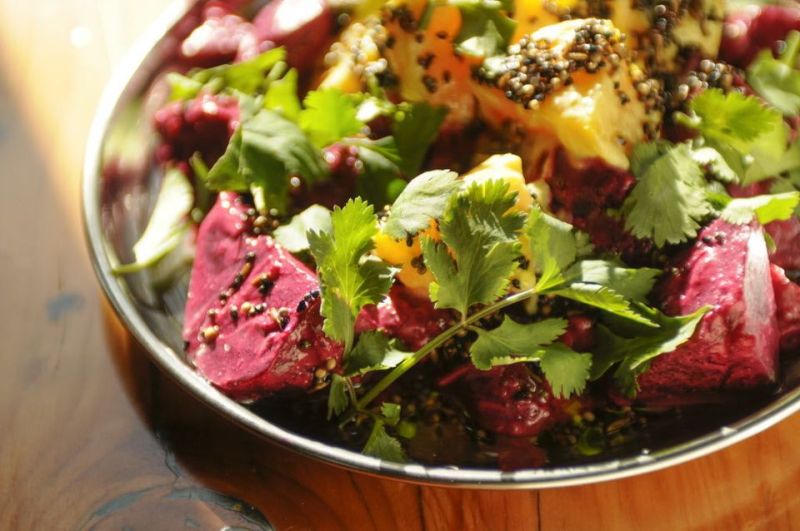 The 30-minute line for a table at North Portland’s recently opened XLB snaked around the entire waiting area on a chilly, but dry Tuesday night.

Some sipped squat glasses of wine or golden-hued pints of beer. Others sat patiently, faces illuminated by the fluorescent menu advertising steamed buns, pan-fried noodles and the restaurant’s eponymous dumplings, xiaolongbao, while waiting for their turn to order dinner. Like many of the year’s first restaurant openings in Portland — including torteria Guero and best-of-Beijing spot Danwei Canting — XLB only offers counter service.

Increasingly, many of the city’s hottest and most sought-after tables have taken the more casual route, forgoing “traditional” table service for a model that requires diners to stand in line to order and, often, bus their own tables. But over the next year, Portlanders will eat at more of this style of restaurants than they’ve likely ever eaten before. It’s a model that’s been perfected across the globe, from open-air markets in Asia to taquerias in Mexico. And in Portland, it’s being taken as seriously as full-service restaurants, helping diversify the dining scene, one table number at a time.

“Portland’s kind of a nice town that you can be thought of positively, food-wise, in different settings,” said Bollywood Theater chef/owner Troy MacLarty, who previously worked at the famed Chez Panisse, Alice Waters’ acclaimed Berkeley restaurant that’s often considered a progenitor of California cuisine. “It’s different than other cities. It’s held back a lot of chefs over the years, the perception that you’re doing a lower skill or lower class food.”

On Jan. 19, Jasper Shen (co-owner/chef Aviary) opened XLB, the restaurant devoted to “straight-up Chinese food” and xiaolongbao, the Shanghai-style dumplings stuffed with pork and hot soup. On their first few days, the restaurant sold out of food so quickly they’ve had to adjust their regular hours in order to keep up with demand.

“More chefs are going to this model or a more casual model,” Shen said. “It’s a little easier to get off the ground, financially. You don’t have to raise quite as much money and it’s just a different feel. It just depends what kind of food you want to do, but less people are doing that fancy fine dining stuff more than ever.”

Though counter service restaurants don’t always afford diners the same atmosphere as traditional ones, Shen made a point to emphasize service.

“We are trying to bus tables,” Shen said. “We kind of stole that from Hat Yai…If you’re just going to a counter and ordering and don’t talk to anyone while you’re there, you might as well be at McDonald’s. There is a middle ground there where you can get good service where you don’t have a dedicated server or waiter.”

That borrowing of concepts, like XLB “stealing” Hat Yai’s focus on service, is bigger than just those two restaurants. It’s the most recent addition to a long lineage of inspiration that started in 2005 with the opening of Por Que No. The next breakout success after Por Que No was downtown’s pho haven Luc Lac, followed by Bollywood Theater then Hat Yai, all of which adopted Por Que No’s two-terminal system — a way for diners who have already ordered to add another drink or dish without waiting in line again.

“The first ones for our generation that were successful were Por Que No, Bollywood and Luc Lac,” Hat Yai co-owner Alan Akwai said. “Those were the guys I kept going back over with a tape measure, ‘how do you deal with this,’ taking what works from all of those guys.”

Today, it seems like every other restaurant that opens in Portland is counter service, including Danwei Canting, which opened at the beginning of January in Southeast Portland. The Beijing street food restaurant from James Kyle and former Bluehour chef Kyo Koo serves a menu of Kyle’s favorite Beijing foods culled from more than a decade of living in China’s capital city.

“When I was eating in Beijing, the dishes were small, quick plates,” Kyle said. “It’s not the big orchestrated event with the lazy susan and red lanterns. You just go and sit down, and we wanted to mimic the energy that happened at lunch.”

But for some restaurants, like Tiffin Asha, the popular South Indian cart-gone-brick-and-mortar along Northeast Killingsworth, a full-service restaurant was always the end goal.

“We also want people to experience the food the way it should be,” co-owner Sheila Bommakanti said, which can often be a challenge for food carts. “The texture of dosa changes. You want to eat it right off the griddle, it’s not ideal takeout food. That was the one thing that was difficult, you’re a food cart and people think you’re fast food.”

This summer, a trifecta of issues will create the perfect storm for restaurants, who routinely operate on razor-thin margins. Oregon’s minimum wage is set to make a $1.50-an-hour leap on July 1, up to $11.25 an hour in the Portland metro area. A case contesting tip-pooling, a long-fraught issue in the restaurant community used to help balance front- and back-of-house wages, may be heard by the U.S. Supreme Court. Both, combined with the U.S. Department of Labor’s overtime exemption rules — which bumped the annual overtime limit from $23,660 to $47,476 in December 2016 — will make running a restaurant successfully even more expensive.

Some owners argue that the counter service model, often considered a way to skirt some of the expenses of sit-down restaurants, may not be the final answer to those major restaurant issues.

“For Hat Yai, it wasn’t money that inspired us, it was the spirit and fun of that kind of restaurant, being a contrast to something like Langbaan,” Akwai said. “The lower labor costs were an afterthought. The $15 minimum wage and overtime exemption, the double whammy, that has to be a big part of why it’s a conversation to do counter service concepts, though that’s not the most inspiring thing for guests. But the more formal a restaurant becomes, the more expensive it gets exponentially.”

And not all restaurant owners, like MacLarty, believe that it’s an easier or cheaper model to maintain.

“Everybody is kind of throwing darts at the wall trying to find what’s the best way to go about the impending serious problem for our food scene,” MacLarty said. “There’s safety in knowing you can go really lean in a counter service restaurant…I don’t know that one model over another is going to be the difference in who makes it and who doesn’t. It’s who has systems that work in whatever model you chose.”

Read the story on Oregonlive.com