It’s almost eerily quiet on the production floor of Grossenbacher Brothers, Inc., one of Portland’s two remaining bookbinderies. There are no fancy whirring machines collating loose pages into finished books or automated equipment stamping hundreds of books every hour. There’s just Terry Bradshaw and his three employees doing things the only way the company has ever done them: one book at a time, completely by hand. 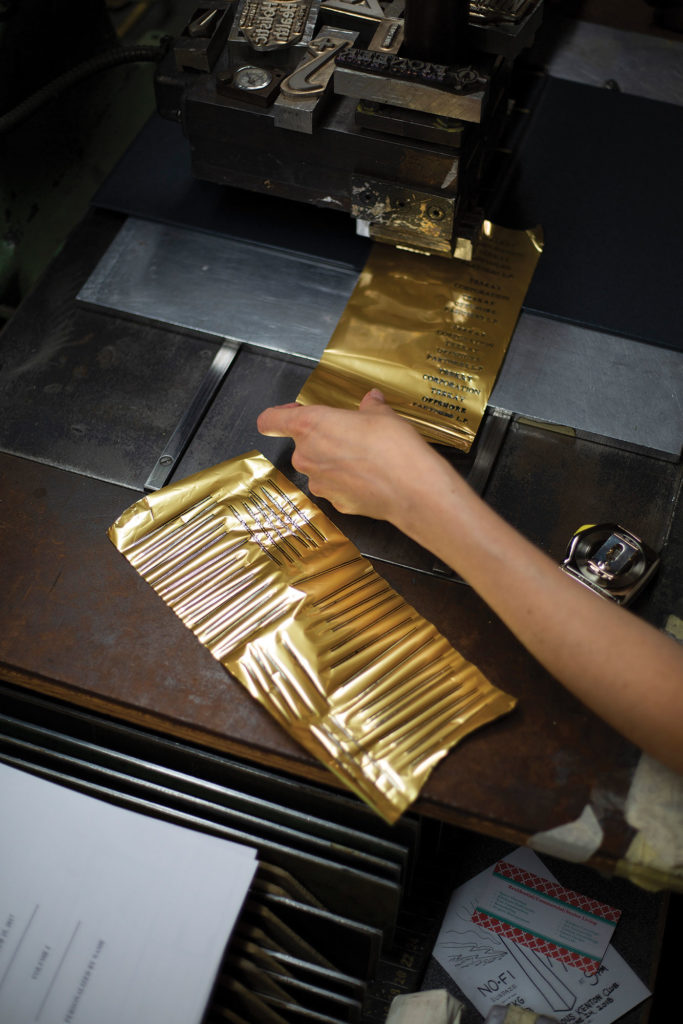 An order of 3,000 hand- sewn police notebooks can take upwards of a week to finish.

Grossenbacher Brothers was started in 1925 by three brothers who produced massive leather-bound ledgers for record keeping, their pages printed, sewn, and glued together by hand. A generation later, with the advent of the computer, the company moved away from printing to focus solely on binding. Today, they’re among the last of a dying breed.

“I don’t want to give up on this,” Bradshaw said. “I got into this for family pride.”

Bradshaw started at the company in 1982 as an apprentice to his father, who took over from the original owners in 1945. He worked for $5.25 an hour, hand-binding newspapers into volumes, slowly working his way up the ladder. In the early 1990s, Bradshaw’s father suffered a heart attack, and Bradshaw stepped in to keep the family business afloat.

The company never automated, Bradshaw said, because machines are expensive and require constant work to be paid off. Making its goods by hand, the company only needs hard-working employees with a few specialized skills. 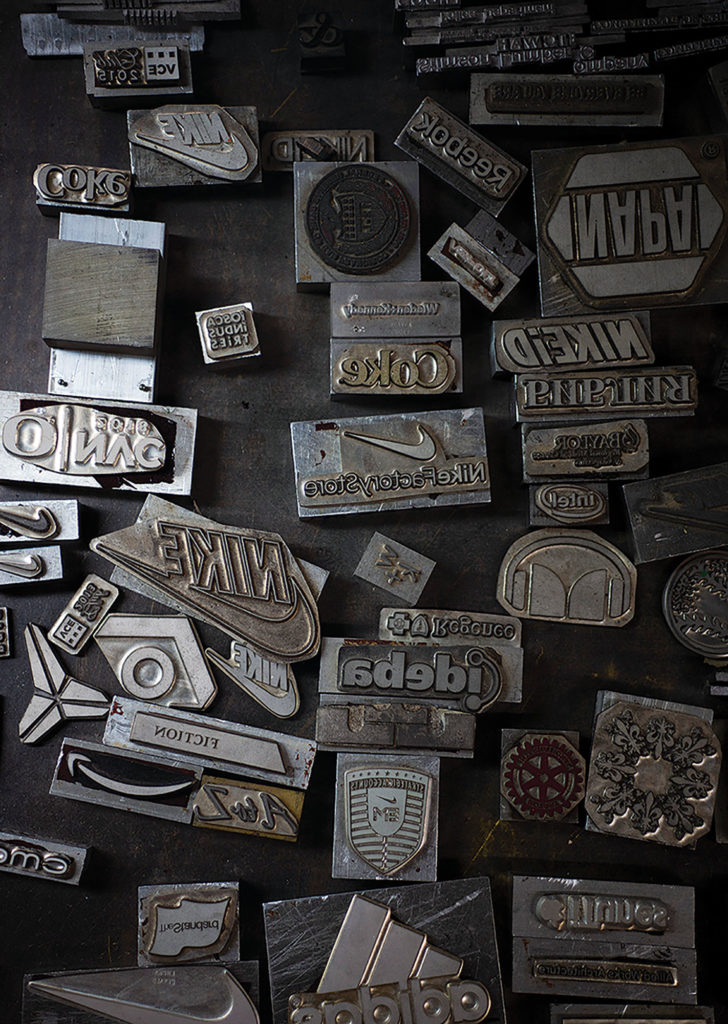 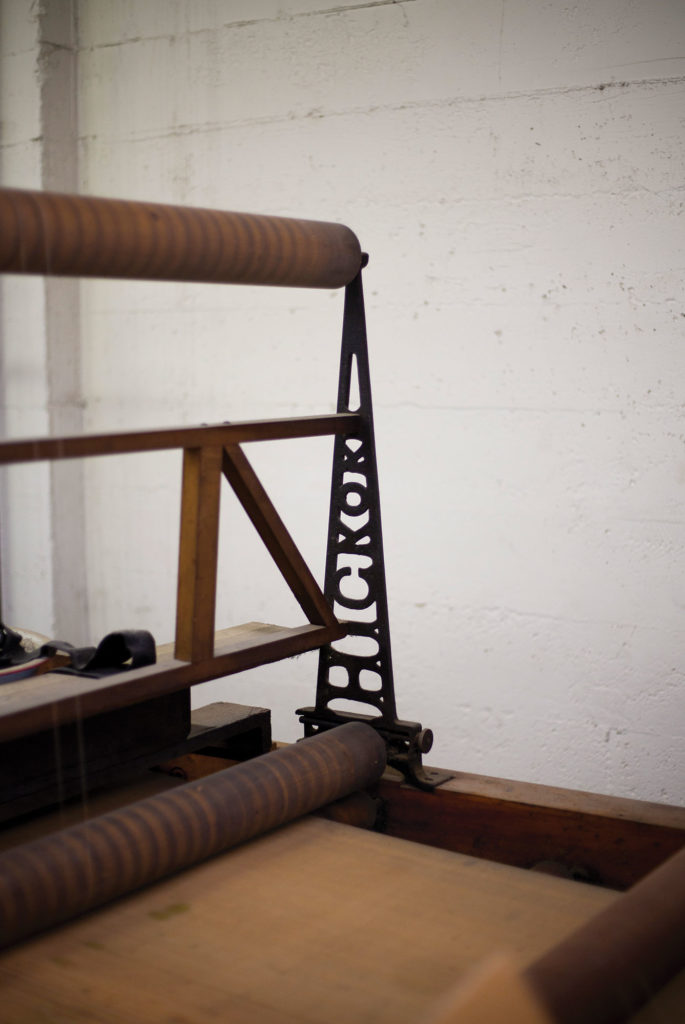 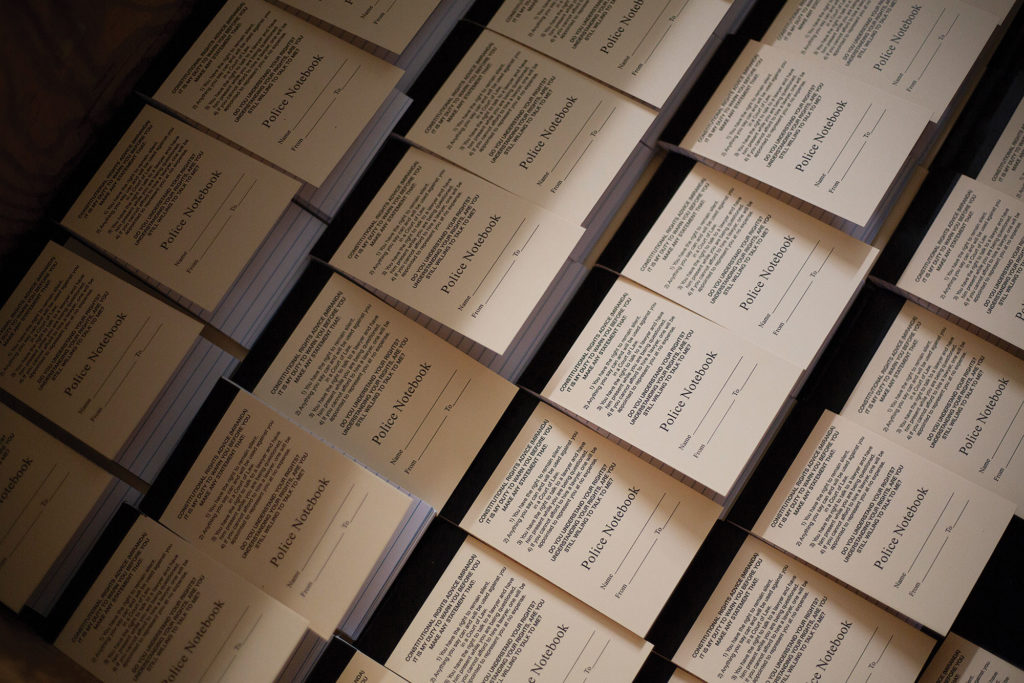 Viktoria Martonova,
who demonstrates bookbinding in these images, is originally from Slovakia. Now a manager with Grossenbacher Brothers, she was hired by owner Terry Bradshaw in 2004.

Grossenbacher Brothers’ business model has changed over the years as physical books have become less popular. While the bindery still produces menus for restaurants, guest directories for hotels, and other custom projects, under Bradshaw’s creative jurisdiction, it also began making hand-bound police notebooks used by bureaus across the country and customized, wildly inventive boxes for big-name clients like Nike, Adidas, Intel, and Columbia Sportswear. Depending on their complexity, some boxes can cost upwards of $120 apiece. One of those boxes for Adidas, its interior plastered with black-and-white images of Damian Lillard mid-air, opened like a lotus flower, its four magnetic leaves unfolding to reveal D Lillard One sneakers and a smaller box containing Lillard-branded swag.

From the production floor, Bradshaw and his employees create these boxes, as well as Grossenbacher Brothers’ original calling: custom books and notebooks painstakingly transformed from paper and boards into identical, hand-bound books with little more than a cutting machine and years of honed skill. Bradshaw doesn’t plan on quitting anytime soon. 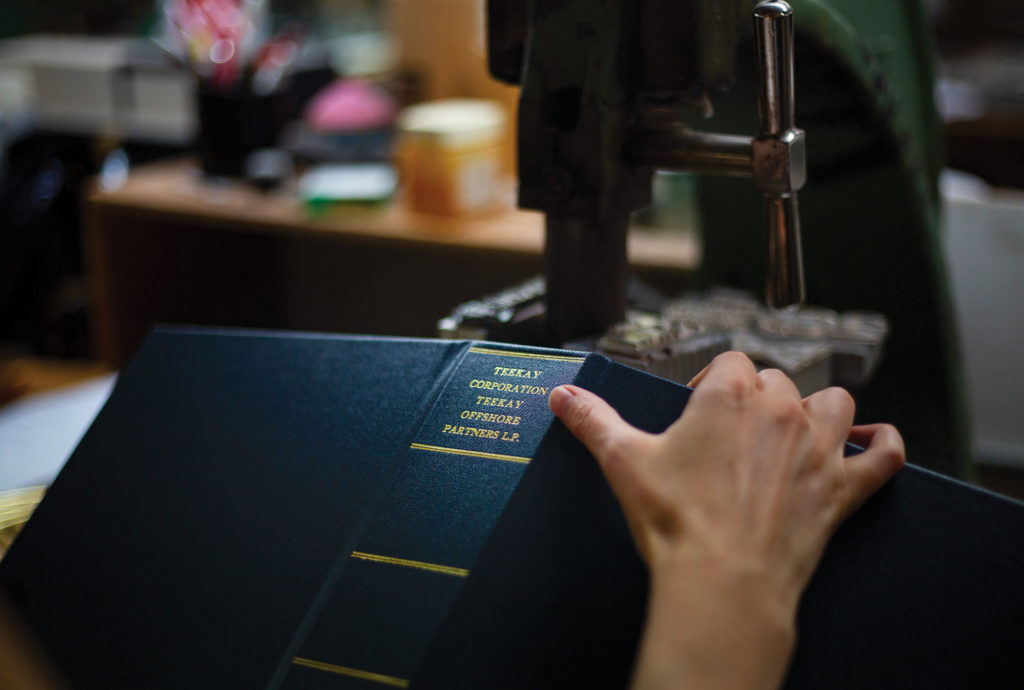 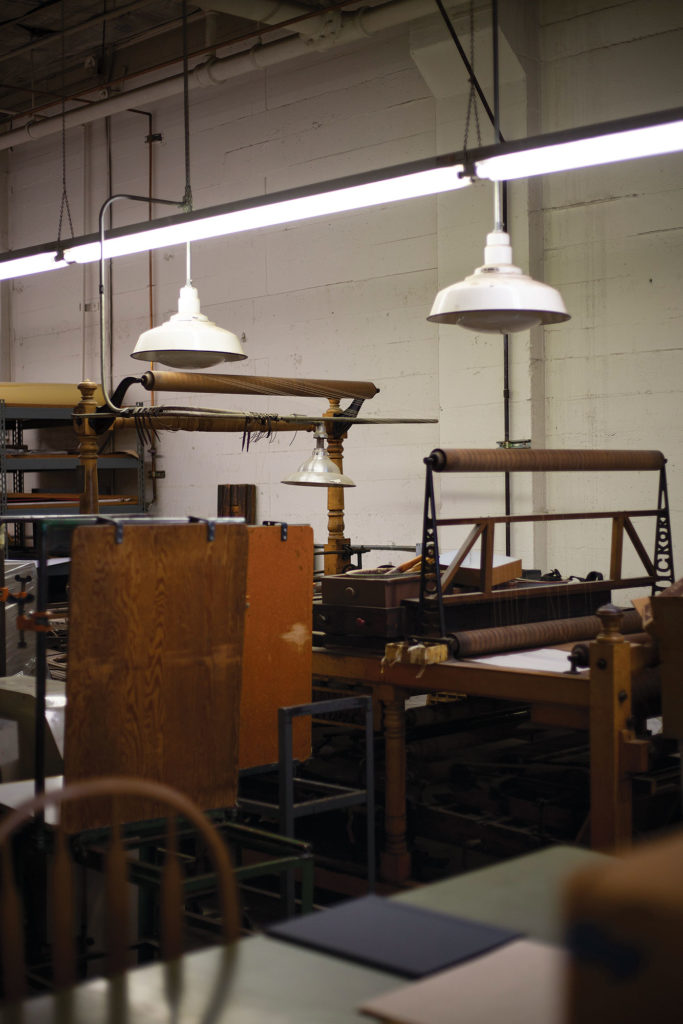